[Art] What Does Music Look Like by Martin Klimas 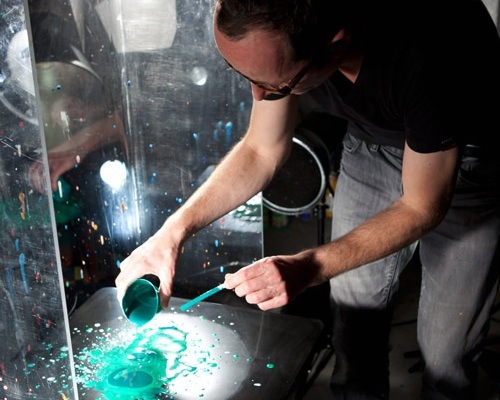 German artist Martin Klimas is an experimental type fellow and explores the countless ways he can capture new images with his Hasselblad camera. The photographer is responsible for an impressive set of photos featuring porcelain figurines captured just as they shatter on the floor and now he captures dancing paint in his What Does Music Look Like series.

Klimas observed the fluid nature of paint and set bright colored paints to the music of Miles Davis, JS Bach, Pink Floyd, Kraftwerk, John Coltrane and other notable musician’s uptempo songs. In over 1000 shots taken with his Hasselblad camera, Klimas captured some unique photos and named them after their audio inspirations. Take a look below and learn more about Martin Klimas – here.